Katarina Strömholm has worked with intellectual property and marketing law matters for more than 20 years – until summer of 2012 as attorney-at-law and partner at the business law firm Lindahl (previously RydinCarlsten) and then at Strömholm Advokatbyrå. Katarina has extensive experience of disputes related to IPR and marketing law – both out-of-court disputes and court proceedings. Katarina has provided many companies within the field of consumer products with current advice in matters of marketing and IPR law. Many of the companies operate within fields subject to strict regulations (alcohol, cosmetics, food products, health and hygiene products, fuel). In recent years Katarina has worked extensively with IPR issues in connection with acquisitions– both with review and evaluation of the strength of existing IPR and with drafting of transfer and license agreements etc.

Katarina became a member of the Swedish Bar Association in 2001.

2004-2005: Secretary (half-time) of Governmental Commission on rights in inventions by university professors and other university staff. The Commission published the report ”Nyttiggörande av högskoleuppfinningar”, SOU 2005:95. (Exploitation of University Inventions).

For many years, Katarina has been a much sought after speaker and lecturer on intellectual property and marketing law, i.a. by 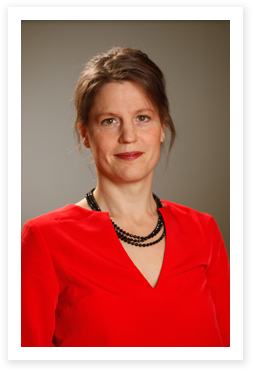